My father kept a diary of his experiences while in the Army-Air Force. He was a tail Gunner in a B-24 Liberator in Italy and Africa. I transcribed his diary a few years ago and sent it to www.461st.org and they posted it on their website. He joined the service as a patriot at the age of 16.

Mitch Hall was the pilot.

Here’s a YouTube video of a Tail Gunner in WWII. 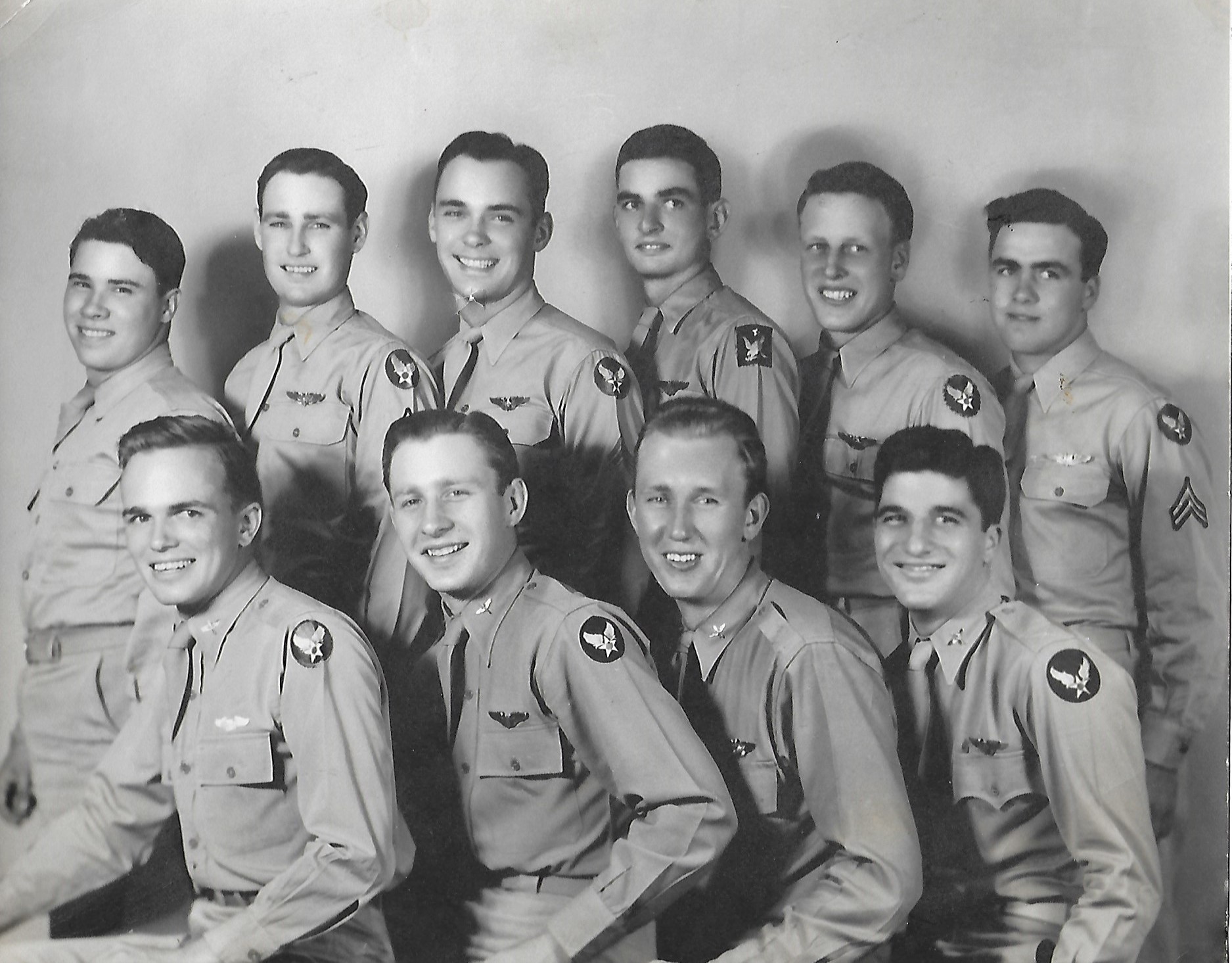 My dad’s crew. Officers in front, Enlisted in back.

The following has nothing to do with my father’s war record but I include it here because it was interesting and has an image of the actual note that is being discussed here.

In mid-December 1944, Allied forces were surprised by a massive German offensive through the Ardennes Forrest that created a “bulge” in the Allied lines. Caught in what would become known as the “Battle of the Bulge,” the 101st Airborne Division of the United States Armed Forces was holed up in Bastogne while German armored divisions encircled the town.  Outnumbered, outgunned, and running out of food, ammunition, and medical supplies, the embattled assistant division commander, Brigadier General Anthony McAuliffe, faced bleak prospects.

On December 22, the American troops were sent an ultimatum from the German forces outside of the town, demanding “the honorable surrender” of the town within two hours. General McAuliffe reply was brief and succinct:

“To the German Commander:

Having made their position clear, the Americans dug in and waited for the attack. Contrary to German expectations, the 101st held out and reinforcements arrived in the form of the US Army’s 4th Armored Division. The Battle of the Bulge continued for several more weeks, with thousands of casualties on both sides, but by the end of January 1945, the Allies had retaken all the territory lost to the Germans and were headed toward Berlin 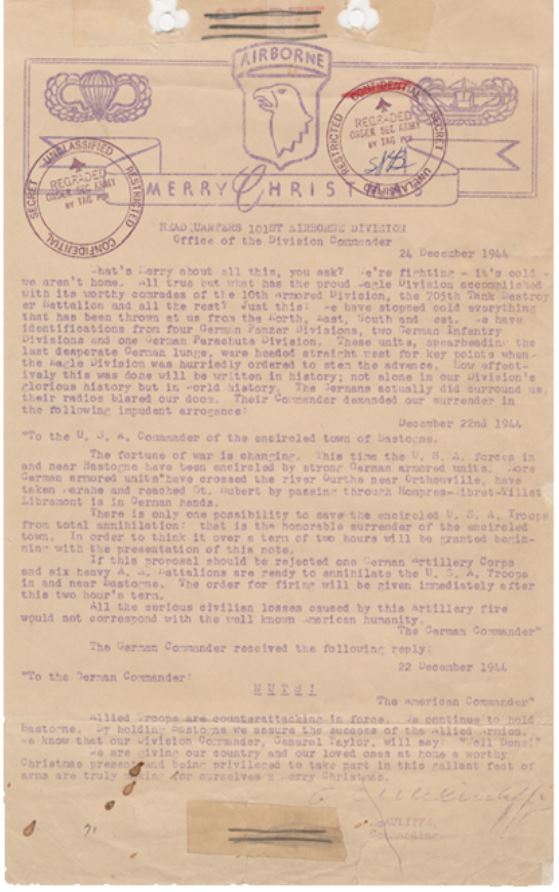 Recently saw the movie “Midway” in Nov 2019. I read a review of it before seeing the movie which gave it a C-. I saw it with a few friends and 1 of them was a former Viet Nam era Navy man who served on board CV-66 USS America. We all gave it a thumbs up. We will be going to see “1917” in December 2019. I will let you know how it was.

Other movies or series (of a Military subject) which I like:

Band of Brothers, The Pacific, Saving Private Ryan, Hacksaw Ridge, Fury, Dunkirk, Darkest Hour, The Imitation Game, Manhattan (series), The Great Escape, The Dirty Dozen. Also a great series about the war years is “Foyles War”. It’s about a DCS Foyle (Michael Kitchen) chasing after criminals during the war. A series about women working in a Canadian Munitions plant, “Bomb Girls”, “Farm Girls” about the women left behind during the war who take care of the farms.

A show that is a bit dated now, but watchable, is a series you can find on YouTube called “Danger UXB” made in the 70’s and is about the daily life of those in the Unexploded Bomb Group Royal Engineers who deactivate ordnance that was dropped on London and outlying neighborhoods courtesy of the Luftwaffe. Several seasons are archived on YouTube.

Here is a short video from a UXB vet: https://www.youtube.com/watch?v=nLPLgqm4Zq4